Flu Season is Upon Us

Fill out the attached form, or you may also buy your ad online at yearbooksforever.com
Download File

Due to construction, there is a new pedestrian path to enter the football stadium. Please follow the link to see the map.
Download File

Campus safety is a primary goal at Bartlett High School. With the current renovations to the campus it is imperative that students and parents are aware of the school rules and changes in Board Policy. Continue reading for more information.
Read More » 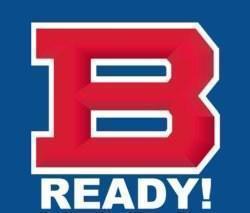 We are pleased to announce Trevor Rundell as the new band director at Bartlett High School.

Trevor Rundell returns to Bartlett from Siegel High School in Murfreesboro, TN, where he served for a year as the Assistant Band Director. Last year, Mr. Rundell helped lead the Siegel Band to two grand championships, a Reserve Grand Championship at Middle Tennessee State University’s Contest of Champions, a Bands of America Regional Finalist Appearance, and to their first ever National Ranking at the Bands of America Grand National Championships (finishing 39th).
Read More »
RSS Feed