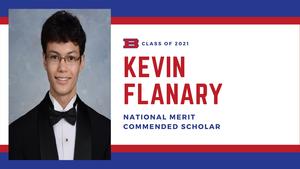 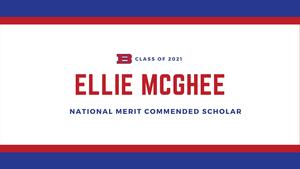 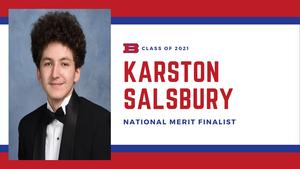 These students earned exceptional scores on the fall 2019 PSAT.

Karston is the son of Richard and Kacie Salsbury of Bartlett, Tennessee. He will complete his high school career ranked 13th in his class with a 4.5096 weighted grade point average, earning memberships in the Beta Club, Mu Alpha Theta, and National Honor Society. A talented artist, Karston's work was chosen for the grand prize in the Bartlett Sesquicentennial Celebration, as well as the 2019 Silver Key and 2021 Gold and Silver Key awards during the Scholastic Art and Writing competitions. Karston plans to continue his education at the University of Memphis, majoring in graphic design.

Kevin is the son of Dennis and Carol Flanary of Bartlett, Tennessee. He will graduate ranked 3rd in his class with a 4.5755 weighted grade point average. His academic achievements have led to appearances on the school's honor roll, as well as being named treasurer of the Beta Club and a member of Mu Alpha Theta. Kevin was a founding member of the Science Club and participates in both the Bartlett High School and Memphis Youth Symphony orchestras. He plans to attend Rhodes College and pursue a career in quantum physics.

Ellie is the daughter of Patrick "PJ" McGhee of Memphis, Tennessee, and Annmarie Ghio of Bartlett, Tennessee. She will graduate ranked 6th in her class with a 4.5417 weighted grade point average. Her impressive academic achievements have earned memberships in the 30+ Club, Beta Club, Mu Alpha Theta, and National Honor Society. Ellie was named a Tennessee Young Writer's Workshop scholarship winner from 2017-2019 and her work has been published in Bartlett High School's literary magazine, The Wardrobe. Ellie will attend Saint Louis University, majoring in physics.

We are incredibly proud of these students and their achievements! Congratulations Karston, Kevin, and Ellie!