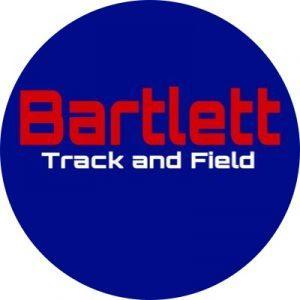 Today, Coach Gardner announced that John Jackson has accepted a position as one of the Assistant Coaches for our Boys Track and Field Team.

Mr. Jackson, as he has fondly been known around school for the last 7 years, has long been a standout athlete.

In high school, he played football, baseball, and ran track. In football, he was a 4 year varsity starter. He played on both sides of the ball as a standout running back and defensive back. He was a team captain both his Junior and Senior years. In track & field he was a speedster, running the 100 dash, the 220 dash, and the 440 relay. His senior year, he was ranked 3rd fastest in the state of Tennessee in both the 100 and the 220 yard sprints.

Mr. Jackson earned a full scholarship to play football at the University of Kansas where he earned degrees in Marketing and Physical Education. First recruited as a running back, he was a 3-year starter at the University of Kansas, playing wing back and receiver (a wing back is a versatile position that can play the role of blocker, receiver, or runner of reverses). Mr. Jackson also ran varsity track at Kansas, again specializing in the dashes. In the Big 8 Conference Championship, he finished 6th in the 220 dash. Mr. Jackson also set the University of Kansas school record in the Sprint Medley Relay. He was on that relay team with world famous distance runner Jim Ryun (for those that don’t know, Jim Ryun was the first high schooler to break the 4-minute mile. At Kansas, Ryun broke the world record for the mile and was named Sportsman of the Year by Sports Illustrated.). After college, Mr. Jackson signed as a free agent defensive back with the Cincinnati Bengals. After that, he used his marketing education in a sales career in the Industrial Packaging Industry. Mr. Jackson’s daughter, Valerie Jackson, is a firefighter with the City of Memphis. His grandson, Randall Jackson-Clemons, plays in the Arena Football League for the Iowa Barnstormers.